From the war in Ukraine and rising economic inflation to the increasingly polarized and sometimes treacherous political landscape confronting business, the first six months of 2022 have not lacked drama.

Here we delve quickly into what we see as three of the most significant developments of the year to date, exploring their implications for the sustainability agenda.

We start with what might prove to be the most impactful geopolitical event since the end of the Cold War, the war in Ukraine. Expected by many to be over in days, the Russian invasion has ground on for nearly five months with no end in sight and a host of mostly-worsening sustainability impacts. 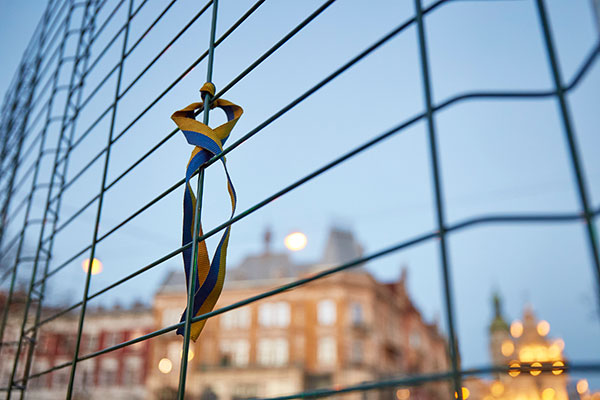 With the rise in the price of gasoline and home heating, energy prices have skyrocketed. As of July 1st, the price of a barrel of Brent crude was up 44.13 percent over last year, while the price of natural gas measured in MMBtu had risen 54.76 percent. High energy prices strain consumers’ wallets and have knock-on effects on the prices of other goods and services by raising input costs.

While price relief is unlikely in the near-term, the continuing decline of renewable energy costs may take the sting out of high energy prices in the future. Many observers believe that while the war is hurting sustainability progress in the short term, it may accelerate the low carbon energy transition in the medium to long term as countries intensify efforts to wean themselves off reliance on remote, unreliable, and high-carbon energy supply.

Early steps in this transition are visible in Europe. The invasion has threatened the energy security of European nations reliant on Russian energy exports. Russia has banned natural gas exports to Bulgaria, Finland, and Poland, and it has cut exports to Germany and Italy. In response, the G7 recently announced it will consider a price cap on Russian oil. Although the success of such a scheme remains in doubt, Europe’s plans to expand renewable energy sources will help lessen future energy security concerns by increasing energy independence at the same time as cutting carbon.

Energy is not the only supply chain affected. While fears that the west would ban nickel imports from Russia or that Russia would withhold exports sent prices soaring early the war, these fears have since subsided due to decreased demand and lockdowns in China. However, if future nickel shortages do occur, they could curtail electric vehicles supplies as the metal is a key lithium-ion battery input. In turn, this would complicate efforts to decarbonize the transportation sector.

Food supplies are not immune to the war’s impacts either. Between 2016 and 2020, Russia and Ukraine exported 24 percent of the world’s wheat, 57 percent of the world’s sunflower seed oil, and 14 percent of the world’s corn. Reduced production and distribution of the countries’ crops due to the war are deepening global food insecurity. Developing regions, particularly those that import the majority of their grain from Ukraine, are most at risk. For example, in Lebanon, the Consumer Price Index for food is up over 3,000 percent since 2020 partially as a result of its reliance on Ukrainian wheat which accounted for 81 percent of its 2020 wheat imports. To limit rising food prices, some countries are taking aggressive action. Thailand and Malaysia are ramping up fuel subsides and price and export controls to try to rein in rises. How difficult this can be is being demonstrated by Argentina, where high export taxes and export and price controls have done little to prevent against a 161.2 percent rise in the Consumer Price Index for food since 2020, a lesson other nations will likely experience in the coming months.

Inflation is on the rise worldwide for numerous reasons including the war in Ukraine, supply chain disruptions as a result of China’s zero-COVID policy, and strong consumer demand.

Inflation and a tight global labor market have been driving up wages, particularly in low-pay industries where worker shortages have been most acute and where average wages were lower than other industries to begin with. While higher wages are good for workers, they can add to inflation over time as companies pass on costs to consumers. As prices rise, workers’ buying power can end up lower than before wage increases.

There is already evidence of workers’ raises being negated. A December study from the Brookings Institute found that in real terms, average hourly raises at 13 U.S. retail, grocery, and fast food companies equated to just three percent since January 2020, considerably less than the 10 percent increase workers would have experienced without such high inflation.

Heightened job switching in what has been termed the “Great Resignation” may be making inflation worse as well. Research from the Federal Reserve Bank of Chicago finds that inflation increased by up to 1.1 percent between the start of the pandemic and August 2021 because of job switching. Specifically, employed workers looking for other jobs increased overall wages through negotiations with their current employer or their new employer.

A Toxic – and Bewildering – Political Environment

While politics and business always intersect, the first half of 2022 reshaped some private sector relationships with governments as businesses found themselves under pressure to take stands on issues once considered beyond their remit.

Russia’s invasion of Ukraine was a factor here also. Many multinational companies cut ties with Russia by divesting or by shuttering their operations in the country, sometimes at great financial cost. For example, BP divested its holdings in Rosenft, absorbing a $25.5 billion pre-tax loss in the process, while Renault stated that it would lose $2.3 billion by selling its majority stake in Russia’s largest automaker. These moves at least reflect the stakeholder-first approach favored by proponents of stakeholder capitalism who place social good ahead of pure shareholder gain.

While some see corporate moves in Russia as evidence that stakeholder capitalism and corporate Environmental, Social, Governance (ESG) initiatives are advancing, there are also cries that ‘woke capitalism’ has gone too far and concerns that ESG is the latest form of greenwashing. In an April letter to S&P Global, Utah’s executive branch, along with its full congressional delegation, criticized the firm’s ESG credit indicators for U.S. states as a political rating system outside the realm of financial materiality.

The Utah letter and other recent critiques of stakeholder capitalism have been met with notable defenses from business leaders. In his latest annual letter to CEOs, Blackrock’s Larry Fink dismissed political criticism  of stakeholder capitalism, stating that it is not about politics or a social or ideological agenda, but is purely capitalism “driven by mutually beneficial relationships between you and the employees, customers, suppliers, and communities your company relies on to prosper.” Similarly, Jamie Dimon of JPMC rejected the notion that stakeholder capitalism was ‘woke,’ arguing instead that his bank’s actions are motivated by market advantages, serving customers, and supporting employees

In another example of government and business colliding, Florida moved to dissolve Walt Disney Company’s self-governing special district, the Reedy Creek Improvement District where Walt Disney World is located, and to have the state take it over. This issue arose not over disagreements over economic or tax policy, but after a spat between the Governor Ron DeSantis and Disney over a new Florida law that limits public school teaching about sexual orientation and gender identity.

Business leaders are advocating action on social issues as well. In the aftermath of mass shootings in Buffalo, New York and Uvalde, Texas, CEOs of companies including Goldman Sachs and Cisco spoke out against gun violence and implored politicians to take steps to help prevent future tragedies. More than 200 CEOs representing companies including Levi Strauss & Co., Bain Capital, Lyft, and Bloomberg also co-signed a letter calling on U.S. Senators to pass legislation to reduce gun violence.

Every year brings political and economic change, so we should not overhype 2022’s unique standing. In addition to the new developments outlined above, many predictions from our January report have unfolded as expected. For instance, the number of corporate net zero targets continued to grow as did the scrutiny they face, with one study finding that only three of 25 major global companies reviewed clearly outline how they will achieve their targets. We are also seeing increasing importance of linking compensation to ESG performance. Allianz Global Investors recently announced it will vote against the executive compensation policies of European large caps if they do not include ESG KPIs. Meanwhile, Mastercard went beyond executives by linking all employees’ bonuses to progress toward the company’s ESG goals.

Still, the past six months have jolted public and private sector leaders given a major European war, rising inflation, growing economic turbulence, and heightened politicization of corporate actions complicating the global reality companies must navigate, and demanding care and nimbleness in equal measure. How organizations build resilience and create long-term value is shifting, with sustainability issues playing an ever-greater role. While we can’t say exactly the changes that will result, you can be sure we will analyze what’s happened as we complete 2022 and try to predict what 2023 will bring.

See you in January.

Accelerate your ESG journey through workforce alignment and human-centered learning

A head start or a waiting game? Preparing for the SEC Climate Rule

Greenhouse gas accounting and reporting for the private equity sector

The SustainAbility Institute by ERM