Reflections from the Blue Zone

In 2020, I had the unique opportunity to be seconded to the COP26 Climate Action Champion team. This group was established in 2015 in response to a growing recognition that support from non-state actors—including businesses, investors, cities, regions and civil society—is critical to steer the world back on a course to a climate resilient future.

For the last year I’ve been part of a team of 90 individuals from across the world, tasked with the goal of engaging non-state actors to strengthen ambition and facilitate collaboration towards effective climate action.  And that’s what has brought me to Glasgow, where unsurprisingly I’ve been busy.

Highlights from week one include my role in delivering a Blue Zone event “Disrupting the Status Quo: Accelerating The Global Energy Transition for a 1.5C Future,” which explored how the global energy transition can help deliver a climate-safe future and provided examples of progress in decarbonized power, green hydrogen, moving beyond fossil fuels, and just transition.

I also provided on the ground support for the World Leaders Summit, held at the start of COP26, to underline the importance of delivering concrete actions and credible plans aimed at achieving successful and coordinated action. During the Summit I had the chance to hear world leaders, including U.S. President Joe Biden, U.K. Prime Minister Boris Johnson and India Prime Minister Narendra Modi outline their countries’ roadmaps for tackling climate change. 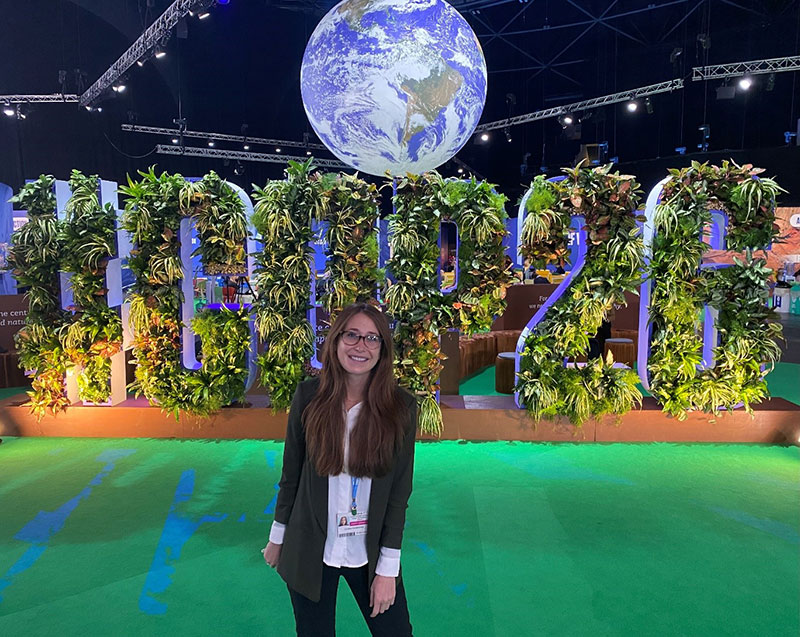 And while the commitments coming out of the World Leaders Summit are commendable, there has been increasing restlessness about the pace of progress. This is being called the ‘decade of action’ because of the growing sentiment is that we need to take concrete and immediate steps to implement climate action.

After the first week at COP26 I am filled with cautious optimism by all the country commitments made so far, including India’s recently announced target for net zero emissions by 2070. If all of these commitments are met, we will be on track for 1.8 degrees Celsius of global warming, according to the International Energy Agency. Of course, more still needs to be done to meet 1.5C.

It is also clear at COP26 that companies from all sectors are starting to understand their responsibility in solving the climate challenge and harnessing opportunities. More than 5,000 businesses have joined The Race To Zero (including ERM), and committed to achieving net zero emissions by 2050 at the very latest. COP26 has generated the most engagement from businesses and investors, earning it the title “the real world economy COP” and it’s encouraging to see the focus on keeping the 1.5C pathway alive.

My experience at COP26 and all of the moments leading up to it over the past year were often times chaotic and unfamiliar. Stepping outside my comfort zone in the ESG consulting space into a pioneering climate community was challenging. There were difficult conversations about the best way to achieve a clean energy transition and challenging debates about whether or not oil and gas companies have a role to play in helping deliver a low-carbon economy. Through all of the uncertainty associated with stepping into a completely new role came a better understanding of the complexity and urgency of the climate crisis. The diverse perspectives of the Climate Action Champion team have challenged me to further improve my communication on climate-related topics.

I am incredibly grateful to be part of the COP26 Climate Action Champion team and to ERM for giving me this opportunity. Being “in the inside” at COP26 is significant because that is where key commitments are made and the trajectory of climate leadership is determined. However, it is outside COP that climate action is really implemented and where tangible progress is made. I am excited to continue having a positive impact on society and the environment after COP26 by helping shape a sustainable future with the world's leading organizations. We all have a role to play.